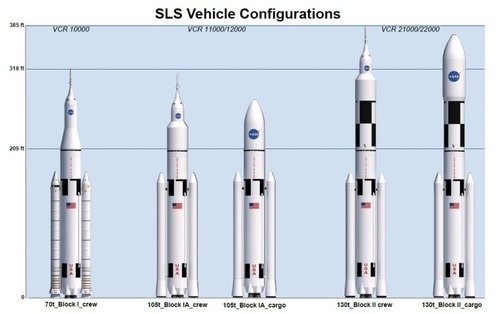 Keith Cowing reported on March 28th, that the Inspiration Mars Foundation is being heavily pressured by elements at JSC and MSFC to base its plans for a 2018 circumnavigation of Mars on a single launch of the agency’s yet to be flown Space Launch System.  Although  Cowing did not reveal the source of his information, given NASAWatch’s role in bringing other issues, such as a buried fuel depot study into the light of day,  there is every reason to believe the basis of the story is accurate.

Although there would appear to be multiple issues with the concept itself, beginning with the fact that the first, unmanned launch of SLS is only scheduled for 2017 and could easily slip,  it seems difficult, if  not impossible to believe that the agency could have a second vehicle ready within a year, and for a mission which depends on a hitting a launch window, this might be the most risky element of the entire plan.  Inspiration Mars will be making a presentation to the Future In Space Operations Working Group (FISO) on Wednesday, and the complete presentation with charts and audio will be available to the public at this site on Thursday, so it seem likely that some questions regarding the potential use of the SLS may be answered this week.

This entry was posted on April 3, 2013 by thenewspacedaily. It was filed under Uncategorized .