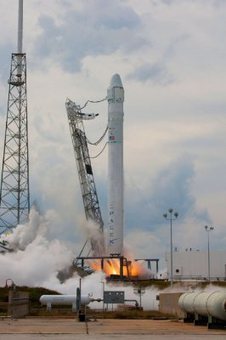 “It may be worth recalling that in refusing to fund the Commercial Crew program anywhere near the level requested by the Administration in each of the budget requests since it began,  Congress intentionally set the stage for undercutting NASA’s Commercial Crew program  (in favor of SLS) well before sequestration became an issue.  While some have attempted to assert that there is no “fight” between the two very different components of NASA’s  human spaceflight program, Commercial Crew and SLS, there most certainly is,  which becomes obvious when considering the timeframes involved.  Setting aside for a moment the relative merits of the SLS/Orion architecture, one thing is clear, it is an open-ended program, potentially stretching on for decades.  Commercial Crew on the other hand is not, and its lifespan is tied to the International Space Station, the future of which is very uncertain after 2020.  Each time Congress elects to underfund Commercial Crew,  the schedule slides to the right and closer to 2020.  With a first flight to ISS for NASA astronauts  now looking like 2017, any further slip is likely to render the program pointless.  One variable, a possible early decision to extend the life of ISS past 2020 could change the landscape,  but it is a very safe bet than contractors with a vested interest SLS are likely to lobby heavily to end the ISS in order to assure continued funding for the big booster.”

This entry was posted on February 27, 2013 by thenewspacedaily. It was filed under Uncategorized .