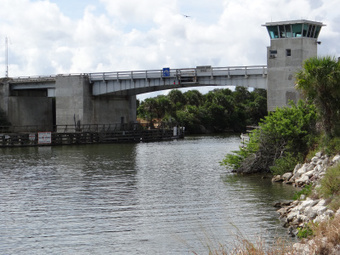 A report in Florida Today  indicates that the State of Florida’s plan to secure a long-term commercial spaceport independent from NASA’s Kennedy Space Center and the U.S. Air Force Eastern Test Range have been dealt a potentially serious blow. In a letter  addressed to Florida Lieutenant Governor Jennifer Carrol,  NASA rebuffed Florida’s request to transfer former state land, purchased by NASA in the heyday of the space race, back to the state for development by Space Florida.  The land, which is located near the ghost town of Shiloh, Florida on St. Route 3 lies just north of KSC on Brevard, Volusia country line, directly west of Mosquito lagoon.

In the letter, NASA left open the possibility of arrangements “other than full conveyance,” stating that the land was not listed as excess property and might serve “future mission requirements.”  Considering the agency’s well publicised efforts to find new occupants for much more prominent features such as the Vertical Assembly Building and Shuttle Landing Facility, the decision could become a controversial one, in the event an alternate solution  is not forthcoming.

This entry was posted on January 22, 2013 by thenewspacedaily. It was filed under Uncategorized .